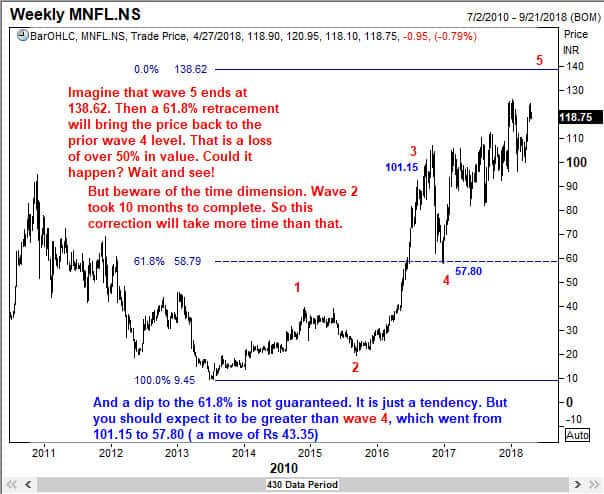 A few weeks ago, one of the members of the exclusive WaveTimes club approached for a consultation on Manappuram Finance Ltd. I am sharing several of the charts sent to him so that you can see how one could use Elliott Waves to anticipate the approaching important top and subsequent sell off.

As a background, this stock has been the darling of many traders and investors. Manappuram Finance Ltd stock has gone up from a low of around Rs 10 to above Rs 130 in under five years. When everyone is bullish for the stock, even a small negative news could turn the tide swiftly. But the stock turned even before the company reported a fall of 9.2% in its Q4 profits on 18 May 2018. Let us now see the picture using our Elliott Wave Analysis lens.

The chart below shows how we start counting from a significant low, and notice that sub wave v within wave 1 was 61.8% of the distance from point 0 to point 3. 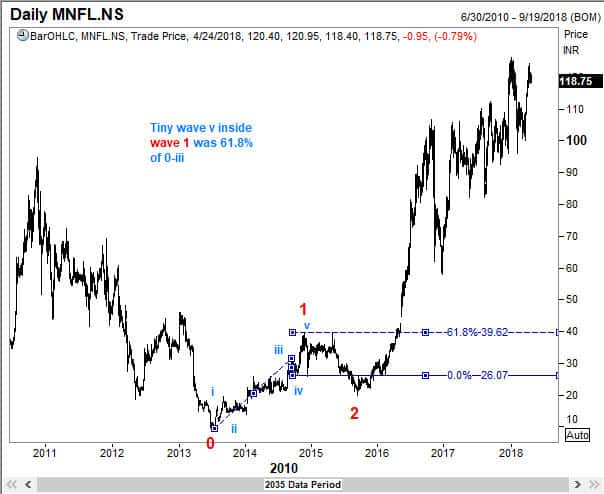 Once the first wave was finished, we saw a deep correction, where wave 2 of Manappuram Finance Ltd came down to the 61.8% retracement level. That would have been a low-risk purchase level in expectation of a strong wave 3 rally. 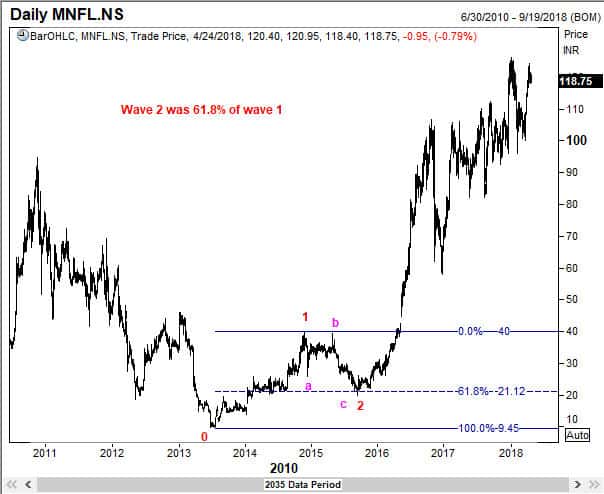 As we know from our studies of the Elliott Wave principle,  one of the three impulse waves often will extend. The best candidate for such a move is the third wave. We see from the Elliott Wave chart of Manappuram Finance Ltd that wave 3 has extended to reach 261.8% of wave 1. 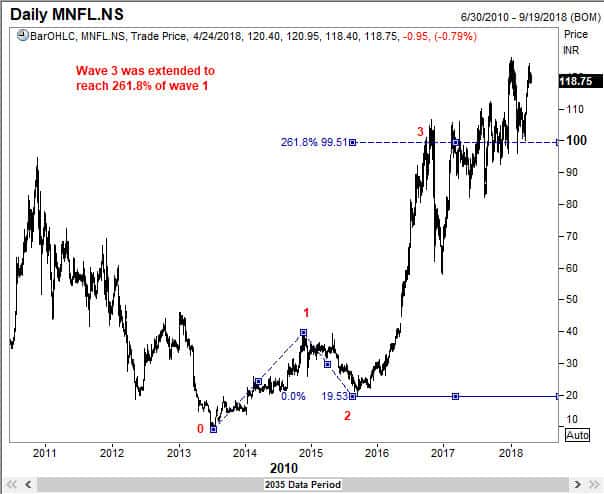 Following the extension in wave 3, we would have anticipated wave 4 to be short, but remember that this is only a tendency. Wave 4 in the case of Manappuram Finance turned out to be a complex correction (something that we would have expected as wave 2 was simple), but it came down to the 50% retracement as seen below. 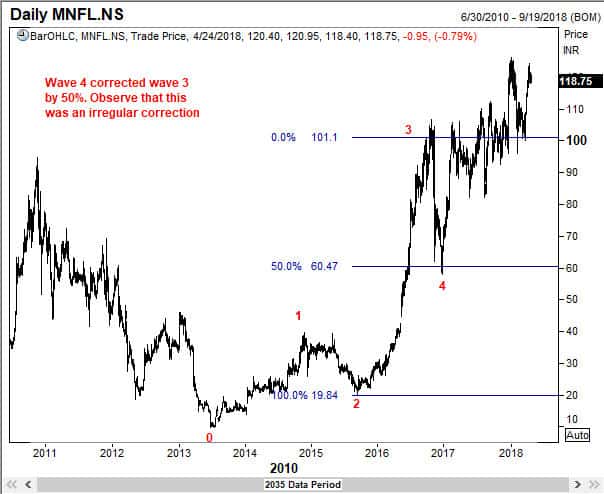 You can also see how sub wave 5 inside wave c of wave 4 had its own 5 waves as seen below. 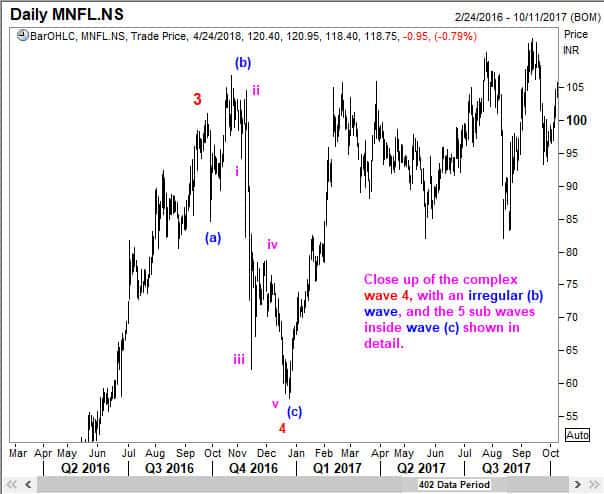 Anticipating the terminal points for wave 5

There are several valid ways of anticipating the end point of wave 5. These have been discussed in detail in my Elliott Wave book “Five Waves to Financial Freedom”.  While discussing these end points with my client on 24 April, 2018, I had mentioned that a perfect ending will happen around Rs 138. 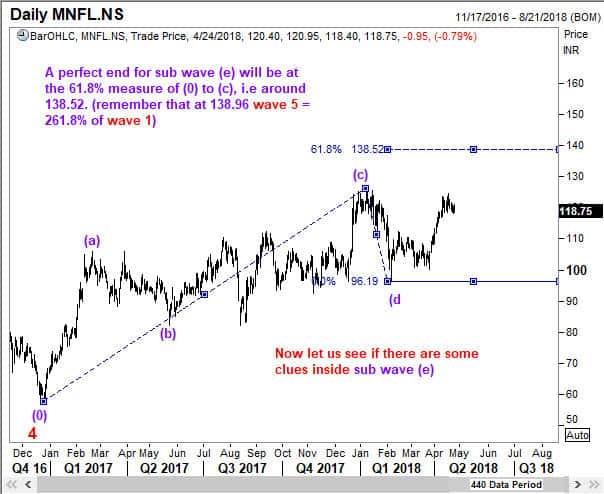 And I also alerted him to the likely extent of a fall after wave 5 was finished. This is shown below.

There are some clues that we have to determine the dimensions of a decline once a 5-wave bull cycle is completed. These are discussed in FWTFF book. But briefly, we know that the correction will be bigger and last longer than either of the two corrections that happened in the bull cycle.