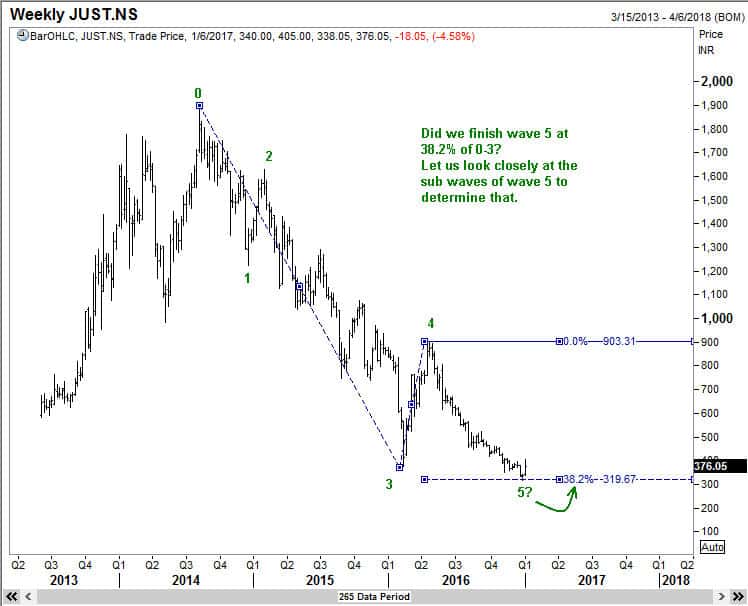 A few days ago, I posted some charts of Just Dial, a stock that trades in the Indian Market. Active members of the WaveTimes premium service were sent several charts, pointing out the potential that was ready to be captured. This stock has already returned over 30% from the time I brought it to the attention of members. However, it has actually rallied by nearly 50% from the lows since I first identified it, using Elliott Waves. As this blog is meant to be a ‘living book’, and extension of ‘Five Waves to Financial Freedom’, I thought of sharing with you a few more chart that you can use to enhance your learning and understanding of Elliott Wave Analysis. (Note: all of these were sent to members before the big move happened) 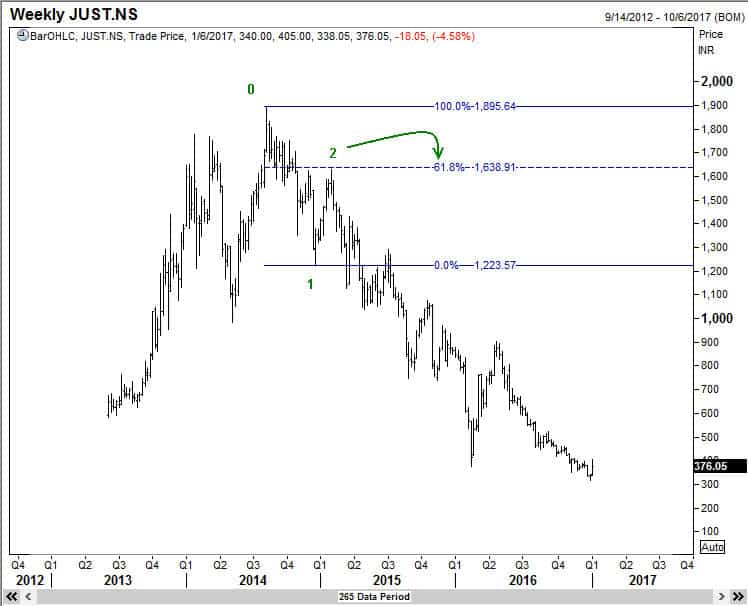 Wave 4 recovered to the 38.2% retracement level of wave 3 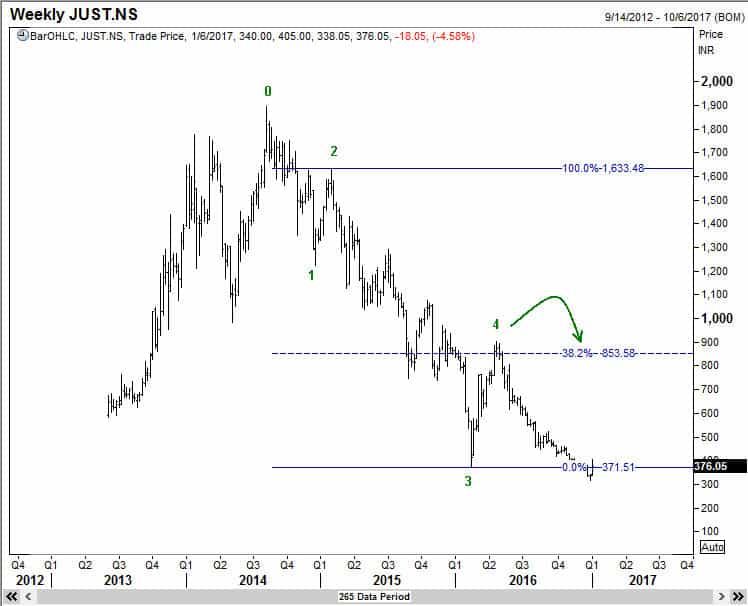 Using the method I have taught in my Elliott Wave book, Five Waves to Financial Freedom, we can see that wave 5 finished exactly at the 38.2% measure of the distance traveled from point 0 to point 3.

We now analyze the sub waves making up wave 5. In Elliott Waves, all impulse waves are made up of five sub waves. Here you can see that Sub wave 2 was 50% of sub wave 1. 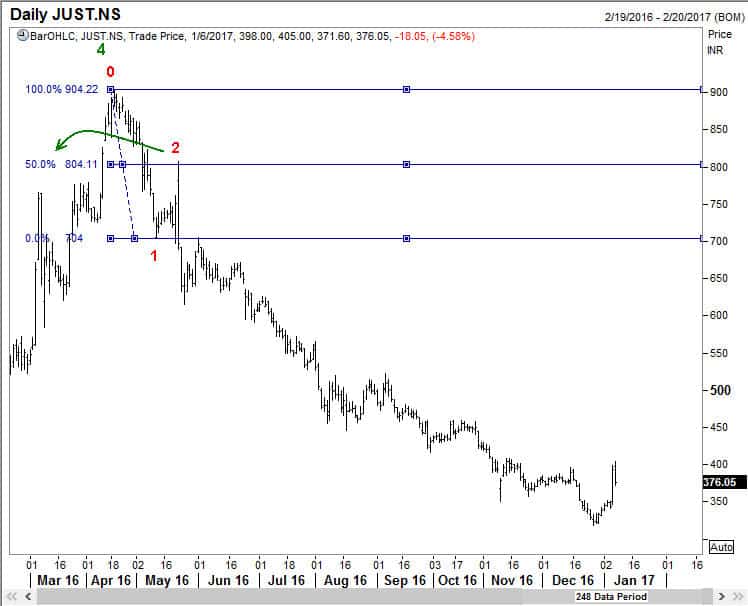 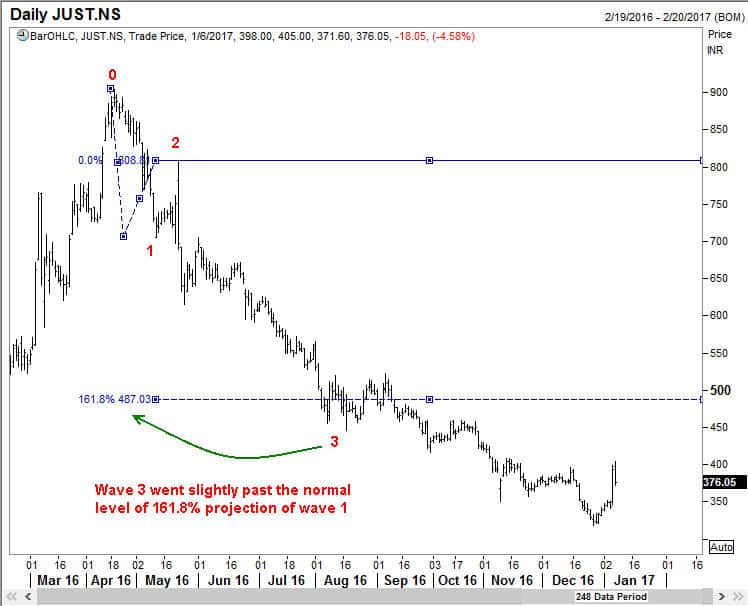 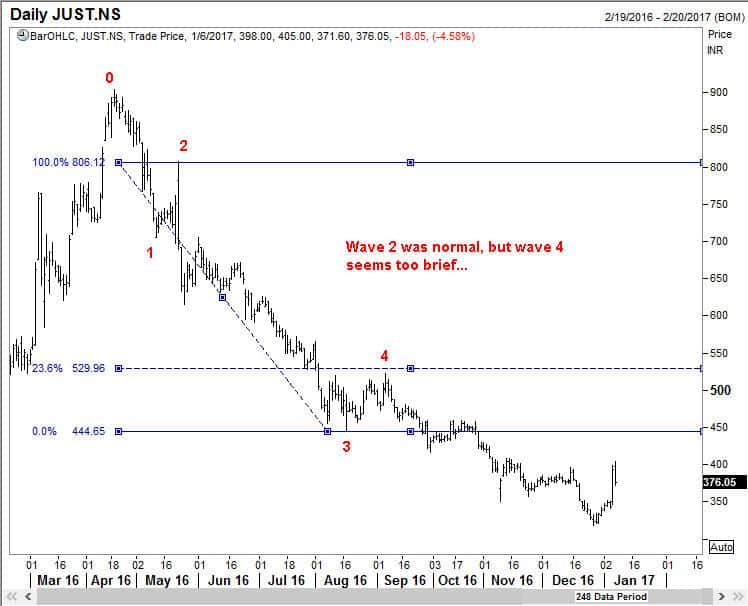 Here, I am applying one more approach discussed in FWTFF Elliott Wave Book. Frequently, two of the three impulse waves in a five wave sequence tend to equality. Here wave 1 is equal to wave 5. 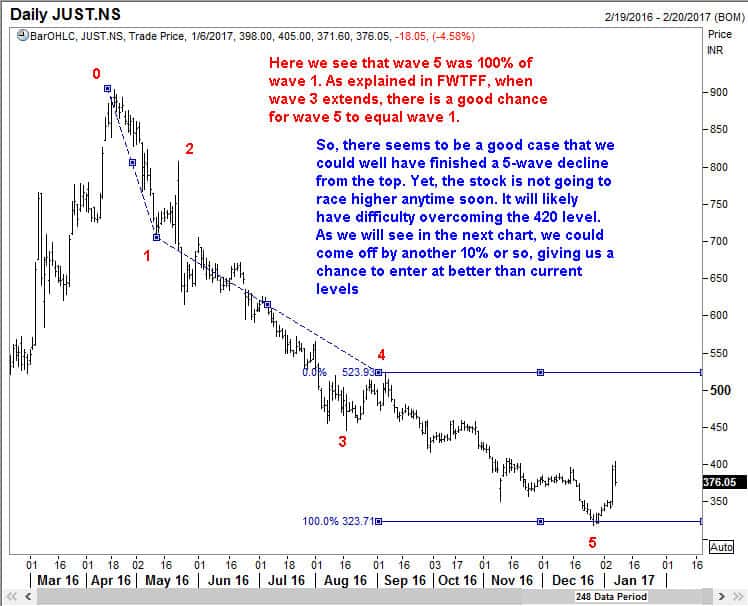 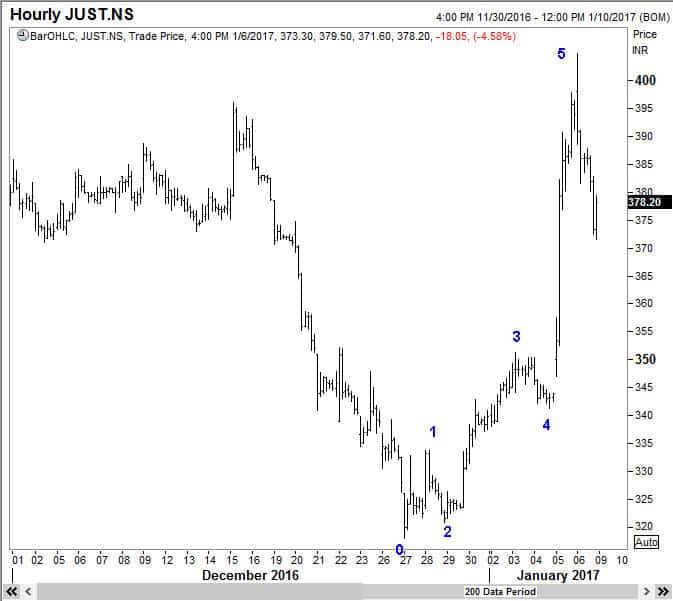 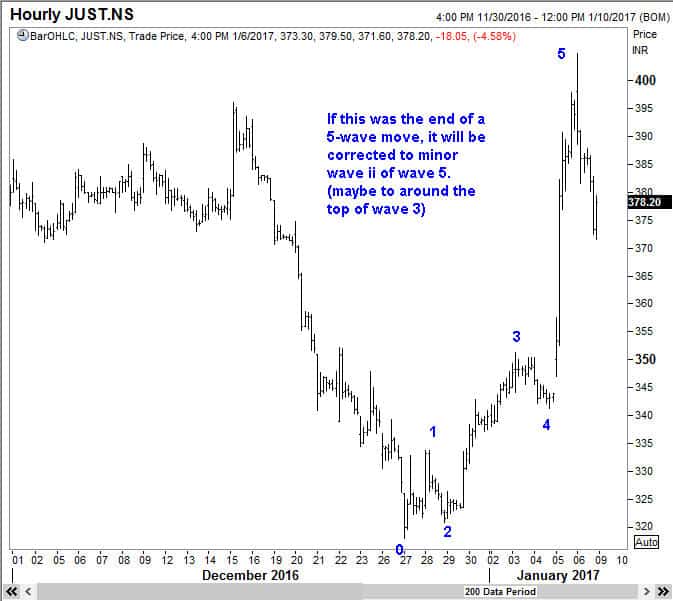