Does Elliott Wave Really Work? Where am I going wrong? 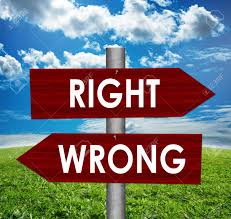 This is the question that has crossed the minds of a majority of traders and investors. The internet is full of examples that show beautifully prepared charts to persuade traders that Elliott Waves do work. It is made to appear that if one learns the three straight-forward rules of the Elliott Wave Theory, and some basic Fibonacci Ratio relationships, they are ready to take the plunge and become enormously profitable. But in practice, most of these traders fail, and then they ask this question of themselves, does Elliott Wave really work! And I mean ‘really’.

What are the rules of Elliott Wave Theory?

Then there are the exceptions. There are some formations such as the leading and ending diagonals where we can relax the third rule shown above. That means, if we are in these situations, we can allow wave 4 to overlap wave 1.

The trader is also shown several guidelines. For example, there is the principle of alternation. If wave 2 is simple, then wave 4 can become complex, and vice versa. Read my post where I explain Elliott Waves in more detail.

Where does all this lead to? Some think if they learn all of these rules and guidelines, then they can make Elliott Waves work for them. Yet, why do so many traders fail?

There are some who say that Elliott Waves work some of the times, but do not work at other times. When it fails to work for them, they blame the theory. Some others point to the subjectivity involved, and ask how can we be sure that it is a third wave of an impulse, or a C wave of a correction! When there is subjectivity, when they cannot codify it is as an open-and-shut case, they say it won’t work for them.

I recently read a response to this question that was quite amusing. A person claiming to be a former ‘quant’ trader has said that just because you can make money using a tool does not mean that the tool works!

And the debate will go on, until thy kingdom come!

What is my own opinion on this subject?

Elliott Wave Analysis is an approach to trading. You should understand how to USE that approach properly in order to be successful. A faulty application of the tool will result in less-than-satisfactory results. I have an online program that teaches the correct approach of using Elliott Waves effectively. And today, 14 August 2020, I am uploading another case study of a trade that is yet to happen. This case study attempts to show how we can use Elliott Waves to position ourselves for a potential gain of over 40%. Yes, 40%. (There are students from over 25 countries that have enrolled and every one of them has said they learned new skills.)

Clearly, I am not showing what has already worked! This is something that I am hoping will work in the future. I am teaching how to USE our understanding of the Elliott Wave Principle to enter a low-risk trade for a significant gain. If it works, it will be yet another validation that Elliott Waves will work, provided you learn how to incorporate it correctly in your trading strategy. Understand that I am NOT making any  predictions of the future. I am merely applying the Elliott Wave Principle the way it should, to reach my financial goals!

Two short videos that showcase some of my Elliott Wave methods!