An Example From My Elliott Wave Seminar 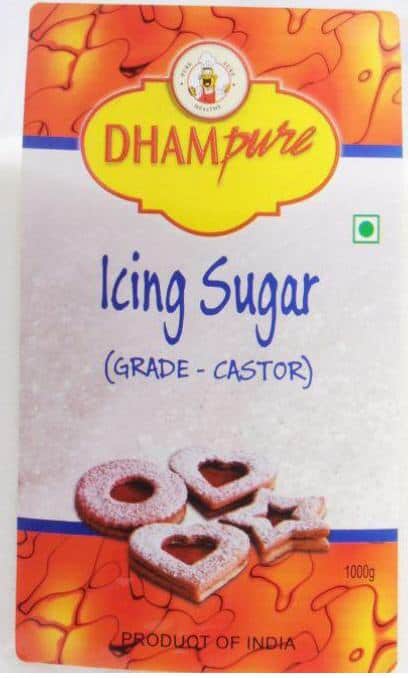 My last Elliott Wave workshop was done in Bangalore towards the end of April 2018. There, I used an example from my portfolio to demonstrate how to manage one’s medium-term investment using Elliott Waves. The stock in question was Dhampur Sugars, a stock that has rallied by nearly 60% in just the last 3 trading days.

I am only going to tell you part of the story here, because that example will still remain a case study in my next workshop.

Boy was that a smart investment! The stock promptly started coming off. 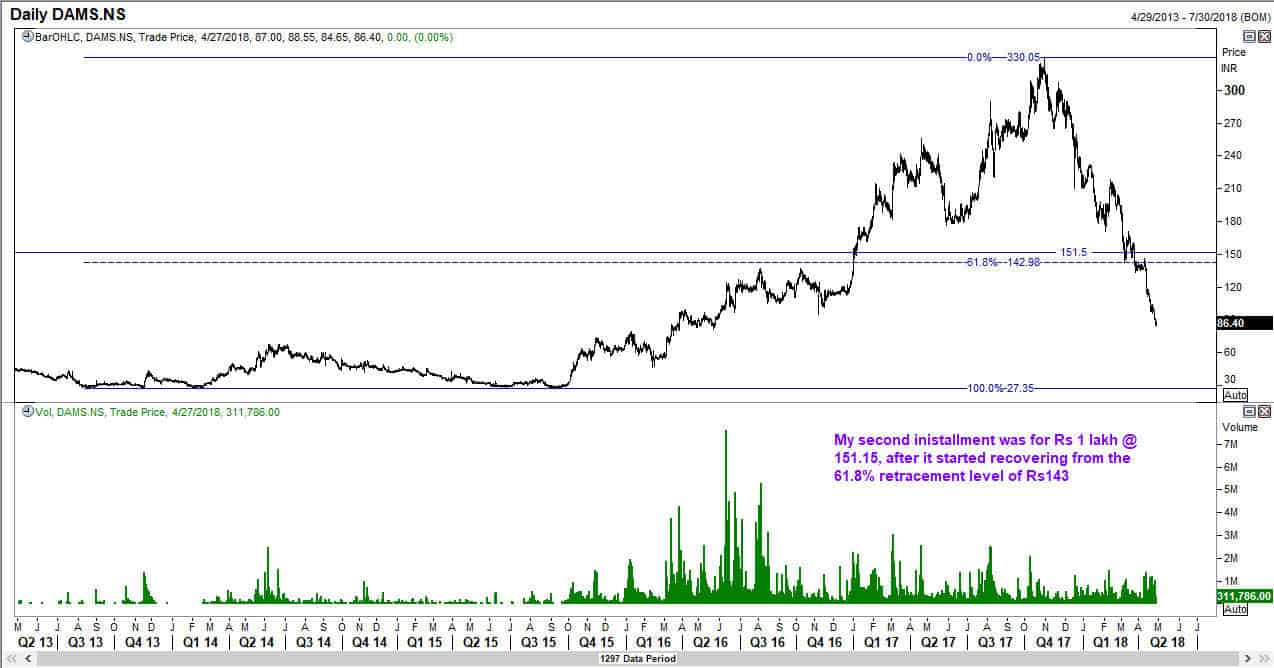 My Third Entry into Dhampur Sugars

Well, I have a method. And it works most of the time! I computed what could potentially be the end of Wave C and added Rs 50,000 at that point. On 13 April 2018, I made my third purchase at 119.97. By the end of the day, the stock had closed further down by 7%. And that was when I knew that I have become a truly LONG-TERM investor in Dhampur Sugars! 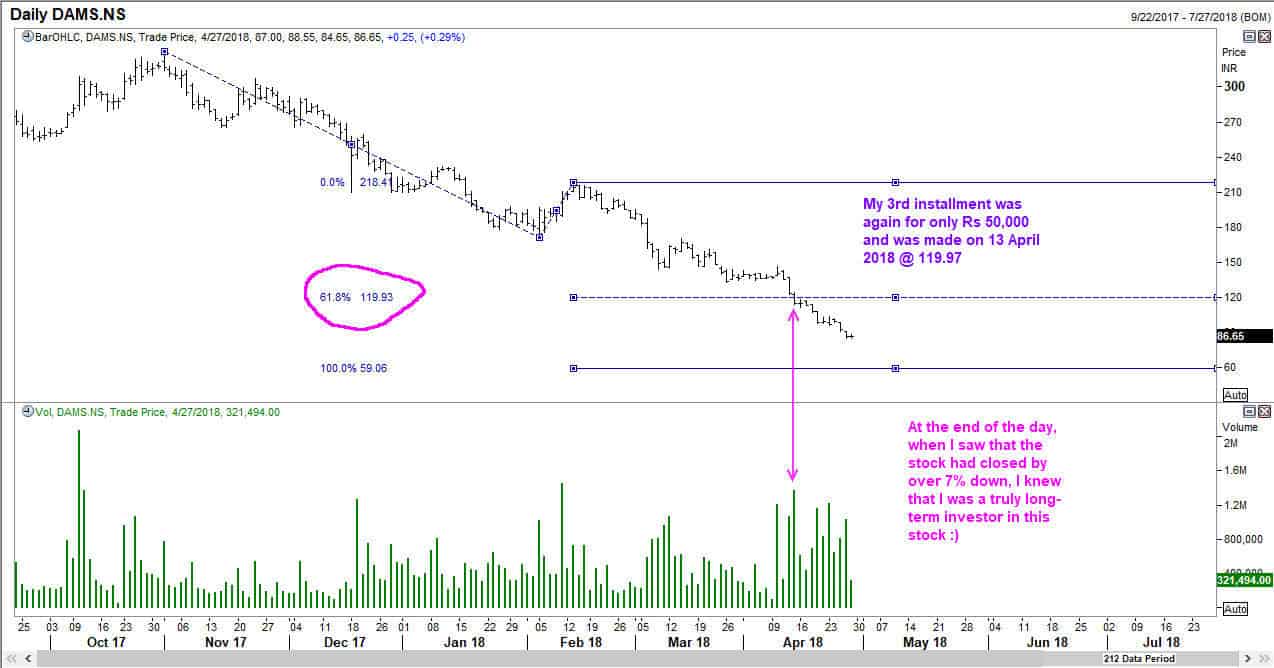 Here is what I showed the people who attended my seminar in Bangalore:

You might think that I share only the best results on this blog and in my seminars. That is not true. I aim to teach you how to trade and invest smartly. Should I have held my Dhampur Sugars so long?  Was that a smart move, smarty pants?

These are some of the stuff we will discuss in my next seminar, when I return from my overseas trip in October. But for you, readers of my blog, the take away is this. Elliott Wave is an approach to the markets. It is not a black box where you compute some Fibonacci ratios and get away making tons of money and retire in Hawaii. Yet there are few systems that work as well as Elliott Waves. In my next post, I will share with you one more example where a consulting client made over 20% in just a few short weeks.