A sneak preview of an example from the Elliott Wave Workshop 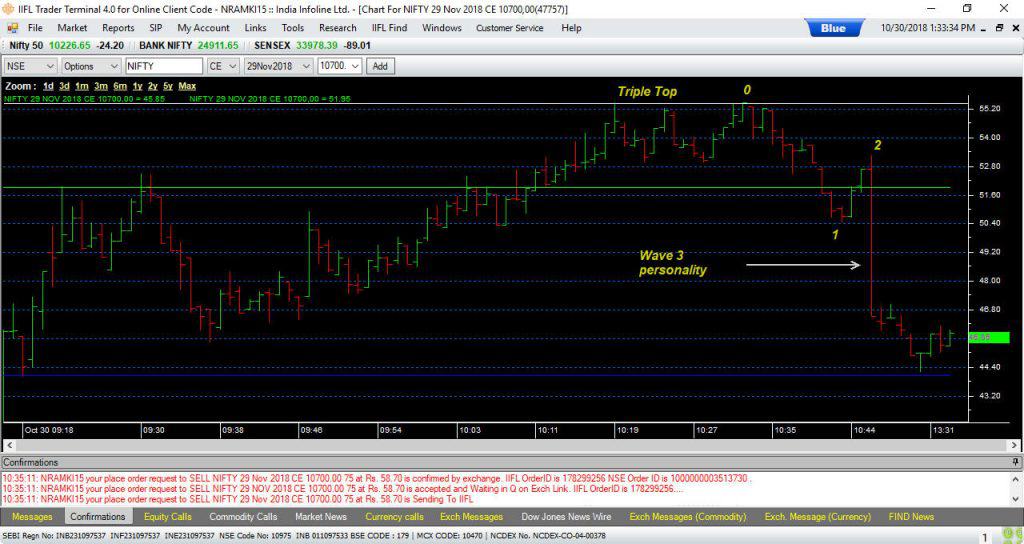 The upcoming Elliott Wave workshop at Bangalore will be less theory and more examples. The theory is already well explained in my book “Five Waves to Financial Freedom”.

Here is an example of a short term trade that I did in the last couple of days, with the purpose of using in the workshop.

This example is from the OPTIONS market, specifically 10700 CE that expires on 29Nov18.

Take a look at this first chart.

I had planned to sell in 2 stages, at 50 and at 58.70. The price did not make it to 58.70, but that was fine. This was a very short-term trade after all. The market started coming off nicely, and you will see how I decide my strategy. 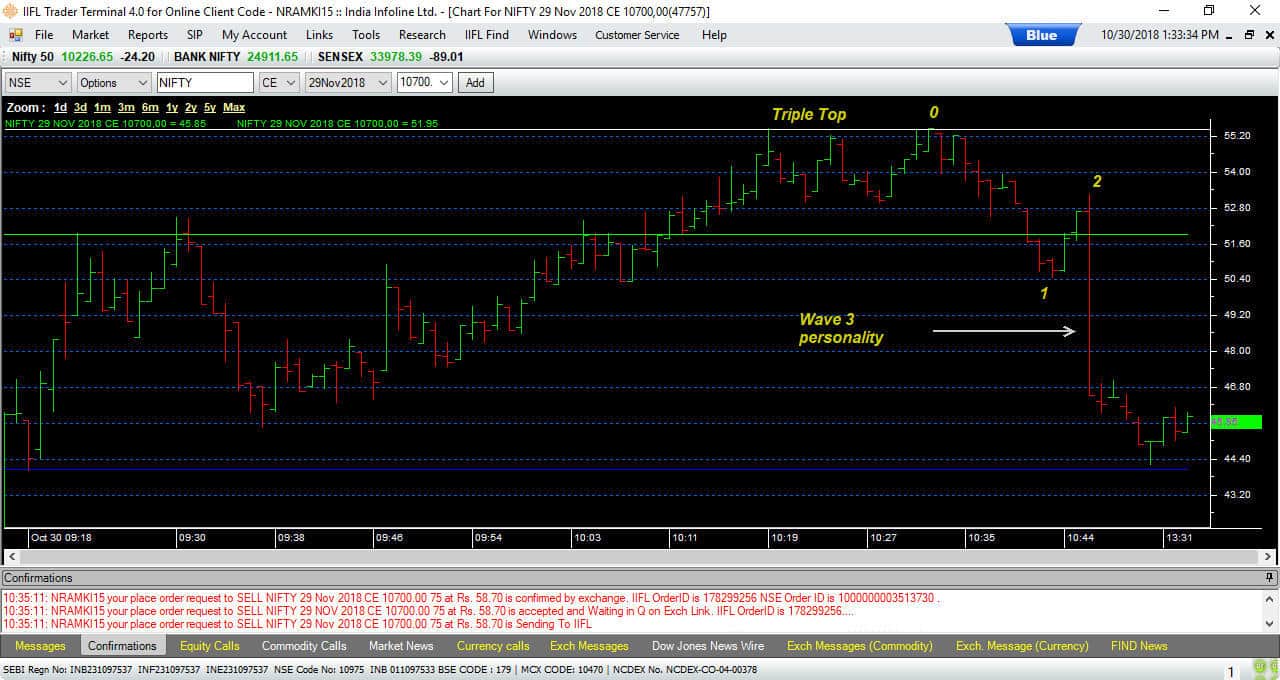 Then comes the task of deciding where to take profits! You will see below that I thought it will reach at least 42.96 and so I considered buying it back at 44. But when I placed the order I modified it to 43.50.

And sure enough, after a brief pause, the profit was pocketed.

There are other slides for this trade that I will use in the workshop, and you will see how I think through such trades. It is true that this trade made only a small profit, but the process is what that counts. Members of wavetimes were told that it is a good idea to sell the E-mini futures of SnP500 from 2800 for a dip to at least 2675. That analysis went out to them on  12 October. The high was 2824, and it fell to 2603. That is the power of Elliott Waves.